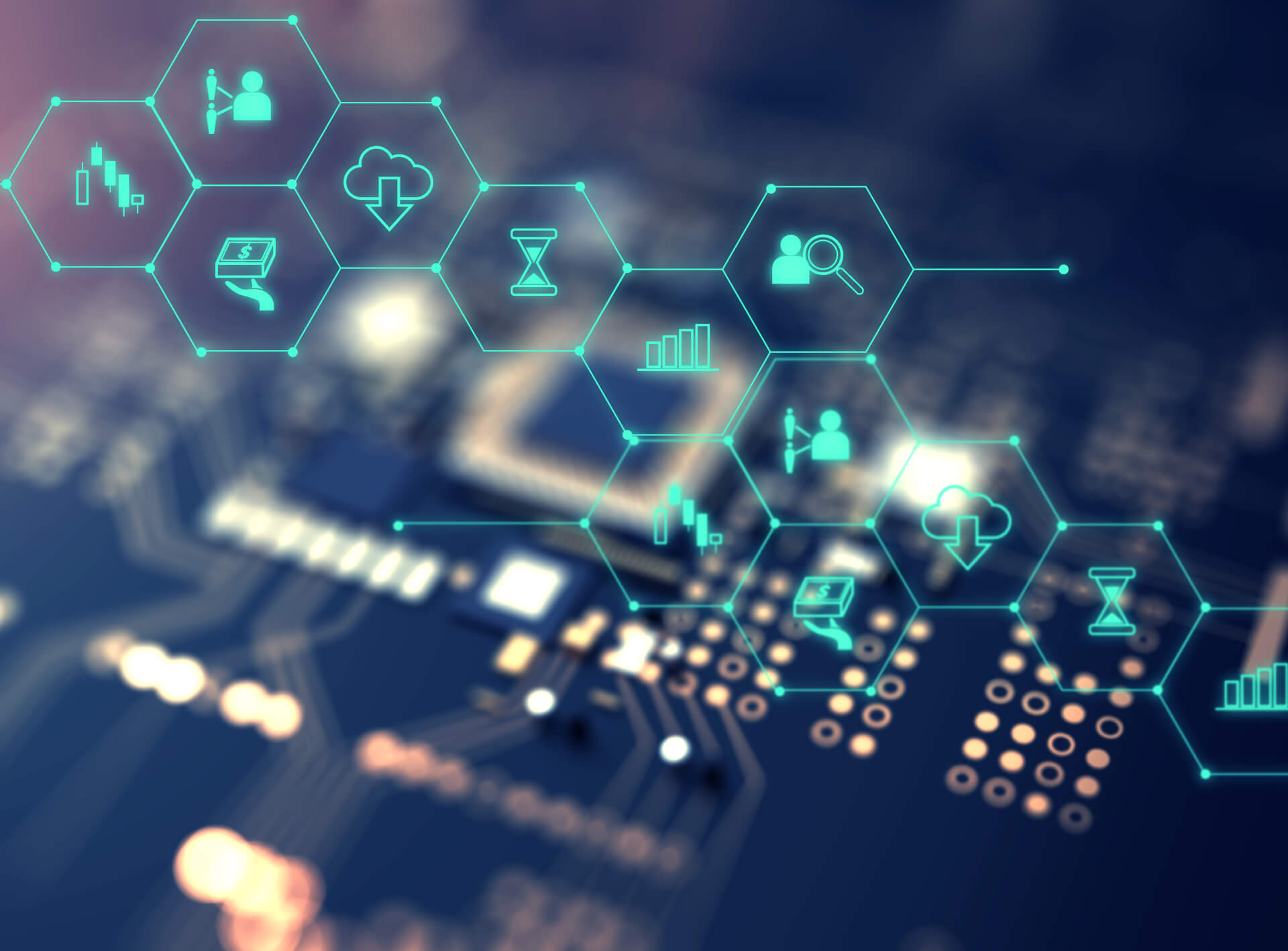 Progressing at pace, the already flourishing Islamic fintech (financial technology) sector, itself the embodiment of the evolution of existing Islamic financial services, now has a clear opportunity to further embed itself within the world of global finance. Islamic fintech can be defined as an offshoot of financial technology that is built on Sharia principles, prohibiting profiting from debt, interest payments and investing in businesses related to alcohol, tobacco and gambling amongst others.

With the socio-economic upheaval and geo-political changes brought about by the global COVID-19 pandemic and the ongoing war in Ukraine, Islamic fintech currently has the chance to become not only a game changing, disruptive force within global finance, but an influential driver of global financial inclusion.

2020 was a landmark year for Islamic fintech as it was the first time that a standalone Islamic fintech company purchased another, with the New York based ethical investment platform and global robo adviser Wahed acquiring the UK based, Sharia compliant digital banking operator, Niyah.

So if Islamic fintech continues along the same path of rapid growth that it has been travelling along on for some time, the sector will unquestionably emerge as a competitive selection of Sharia compliant alternatives to the wide range of innovative fintech startups and established fintech giants that have been a mainstay of Western, Asian and more recently African economies over the last quarter century.

This article explores the latest in Islamic fintech as well as forecasts of the sector’s huge future potential.

THE DEVELOPMENT OF ISLAMIC FINTECH

Islamic finance is one of the fastest growing sectors of the global finance industry. Catering to the financial needs of the 1.8 billion Muslims across the planet and a broader, international ‘ethical finance’ audience, Islamic fintech’s role holds greater significance now more than ever before, where the need for global investment and financing has never been greater, especially in terms of financing SDGs (Sustainable Development Goals) and ESG (Ethical, Social, and Governance) investments, both of which align closely with the Islamic concepts of social justice and zakat (charity). 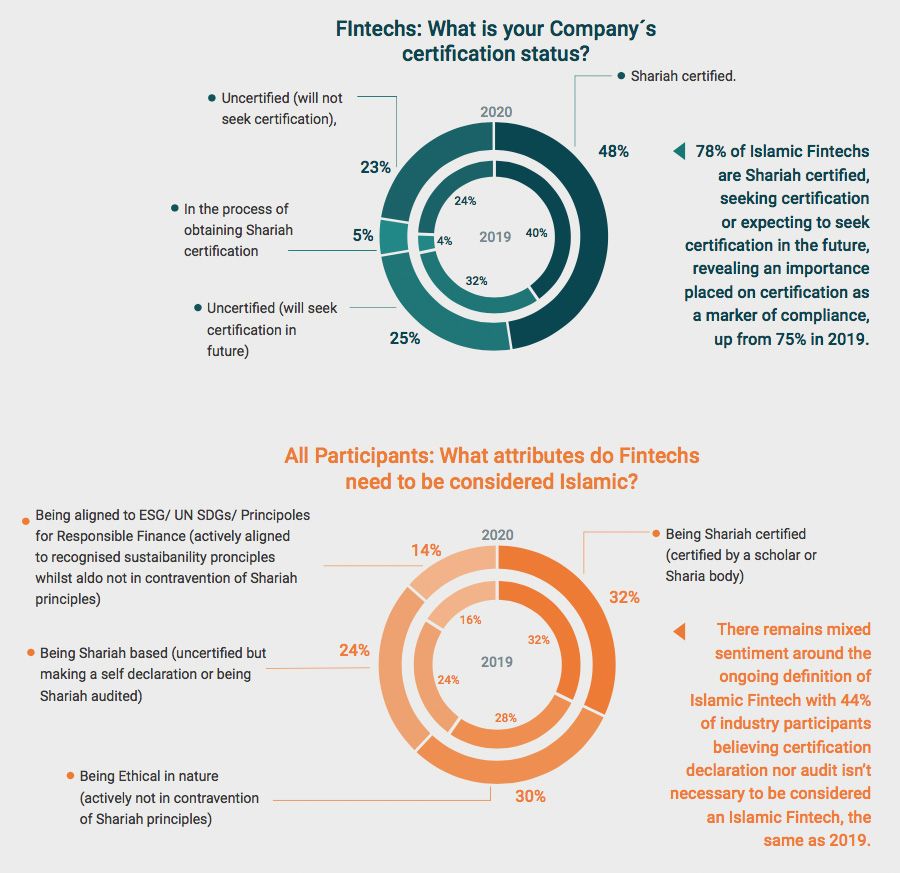 The global fintech revolution is having a similar impact on Islamic finance through the evolution of a progressive, forward-thinking Islamic fintech ecosystem, with many Islamic fintech startups using existing, successful fintechs as loose models upon which to base their own, Sharia compliant fintech organisations on.

With the appropriate modification, many of the hugely successful fintech companies across the world could be used as a blueprint to help spawn their Sharia compliant counterparts.

STATISTICS ON THE ISLAMIC FINTECH INDUSTRY

Standard & Poor’s Head of Islamic finance stated that he believes the market will expand by approximately 10% in 2022-2023 after it expanded with a 10.2% growth in total assets in 2021. In 2020, the total combined asset value of the global Islamic finance market amounted to approximately 2.88 trillion U.S. dollars, with more than 200 million micro, small and medium-sized businesses that still require banking assistance.

Over three quarters of Islamic fintechs are active in more traditional areas related to raising funds, deposits and lending, wealth management, payments and alternative finance, meaning that the digital banking space is somewhat up for grabs. 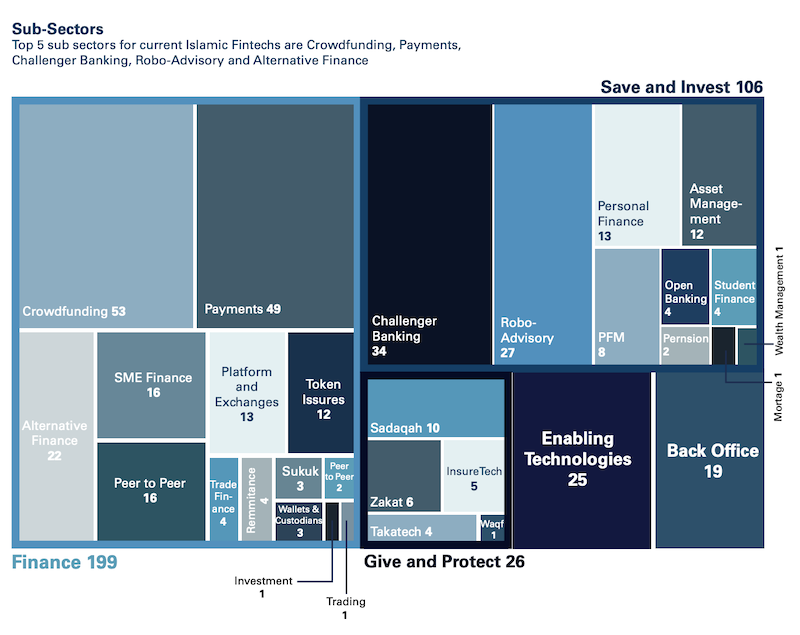 Islamic Finance is currently estimated to be worth $2 trillion globally, at the very least. This figure is set to hit $3.8 trillion by 2023, as driven by high demand from millennial and Gen Z Muslims, who are confidently expected to account for upwards of 75% of Islamic banking revenue within the coming decade. Furthermore, with data from the ONS (Office of National Statistics) showing that by 2019 more than 90% of 16-24-year-olds were already managing their money online, it looks as if the Islamic fintech space will be a blessing for both consumers and providers.

In the UK, 4 million Muslims make up the second largest religious group in the country and according to the Muslim Council of Britain (MCB) contribute £31 billion to the UK economy and wield a spending power of £20.5 billion.

The UK had the third-largest number of Islamic finance education providers, only trailing behind Islamic finance powerhouses Indonesia and Malaysia. Furthermore, the UK leads the way with 27 Islamic fintechs, predominantly catering to the needs of British Muslims that want to bank with ethical financial institutions, which is more than the United Arab Emirates with its 15 Sharia-compliant fintechs. 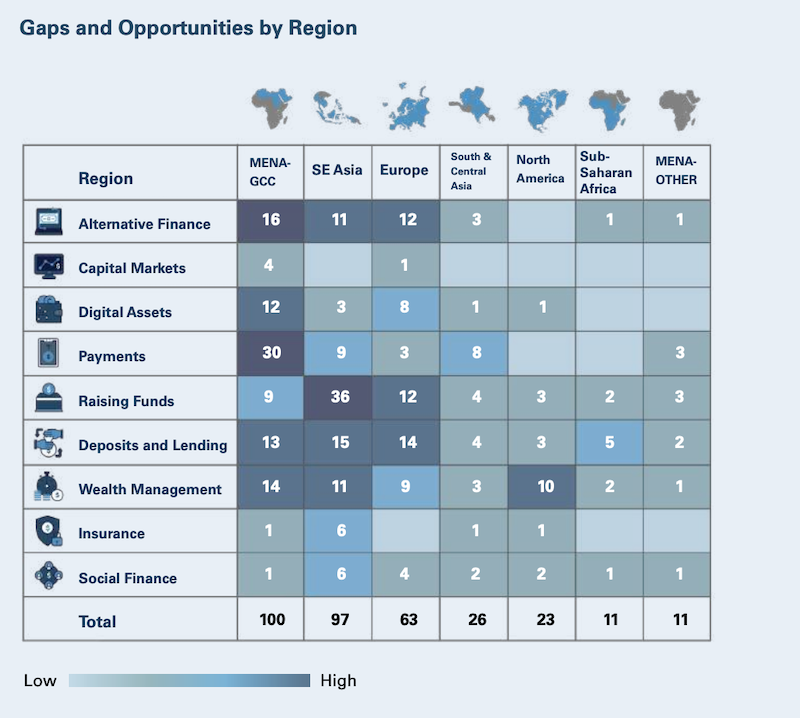 Below is a selection of the most innovative and successful  Islamic Fintechs currently operating around the globe:

CHALLENGES FOR THE ISLAMIC FINTECH INDUSTRY 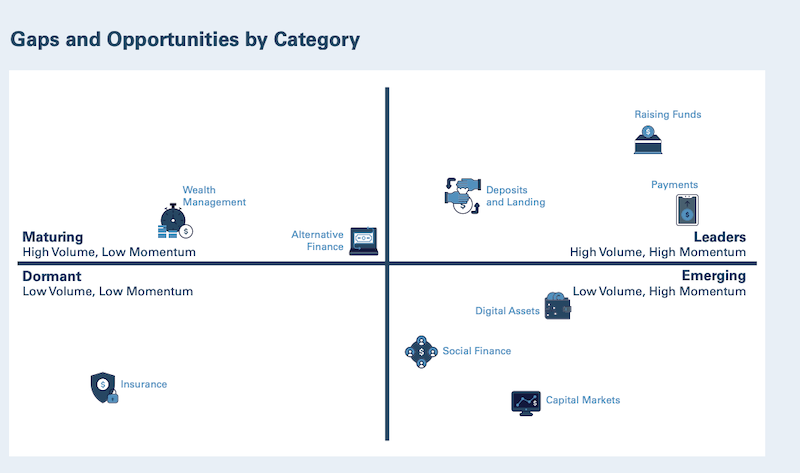 With a customer base not far short of 2 billion people, projected to reach around 3 billion people by 2060, Islamic finance and fintech has the opportunity to take the global finance industry beyond the time-honoured bottom line of profit, and offer both ethical and sustainable alternatives in terms of investment  methodology and investment products. The increasing focus on sustainable/regenerative financial models and goals, along with the recent progression in financial digitalisation and e-commerce, provides the perfect foundation for Islamic fintech to positively influence the sphere of global finance and investment.