Due to the potential for losses, the Financial Conduct Authority (FCA) considers this investment to be high risk.

What are the key risks?

If you are interested in learning more about how to protect yourself, visit the FCA’s website here.

What is cryptocurrency and is it halal? 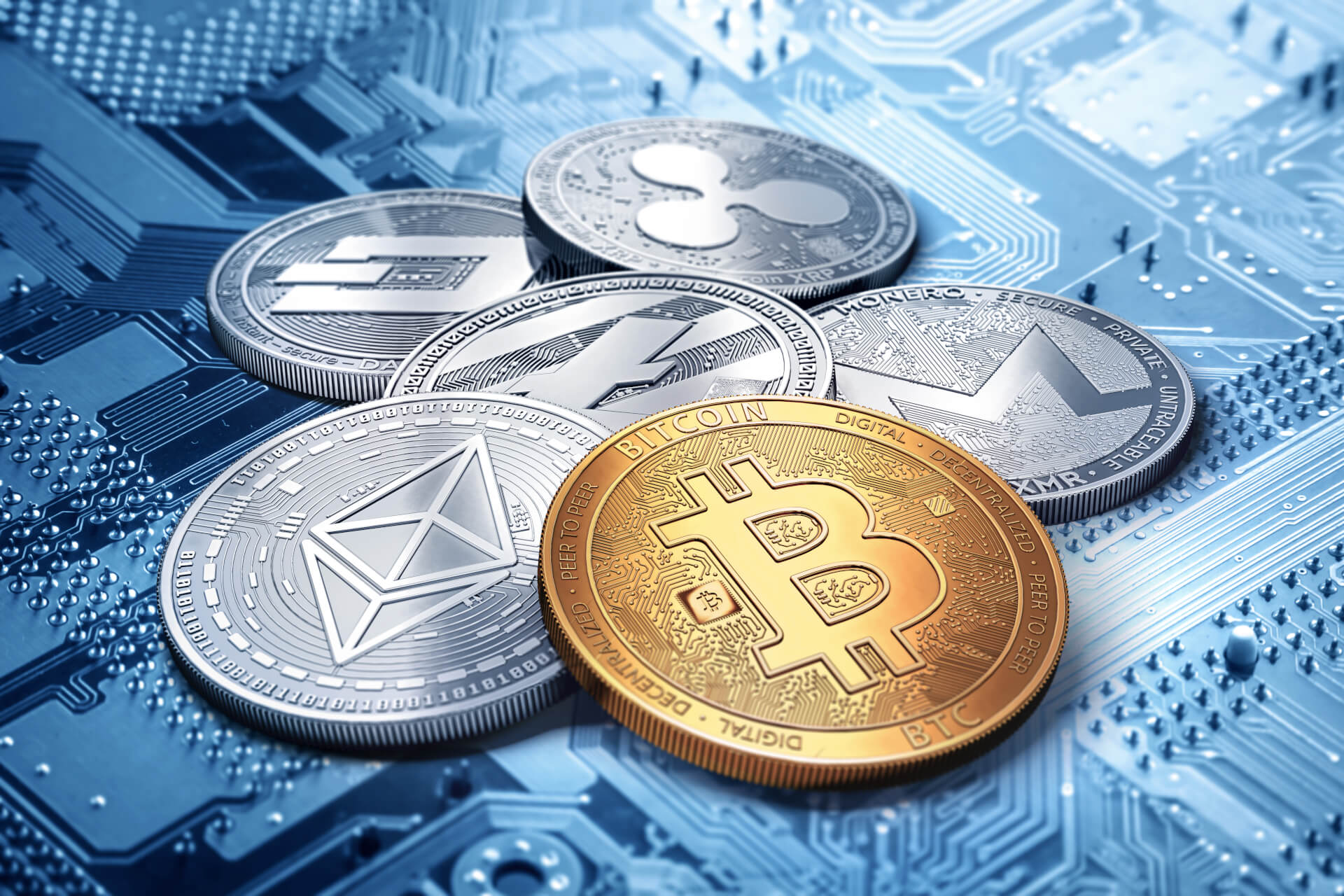 For Muslims across the Islamic world, the question arises as to whether crypto payment platforms are deemed to be halal or haram in the eyes of Allah and in accordance with Shariah principles, and whether as a currency it prevents money laundering.

One of the defining aspects of cryptocurrency is that there is no central authority such as a Government that authorises it or records it.

Ultimately, it is the duty of every Muslim to be seeking knowledge, and this guide will address the use of the cryptocurrency market and its intrinsic value. We will consider whether crypto currency is permissible as a form of actual money under Islamic laws and in the Islamic world. We will consider the views of Islamic jurists and scholars on this emergence of what is considered to be new money addressing the question of is cryptocurrency halal.

A comprehensive Islamic law interpretation, one that sparked a massive rise in Muslim investment in Bitcoin and Ethereum in 2018, was provided by Sharia advisor Mufti Muhammad Abu-Bakar (former advisor to Blossom Finance) who looked at the question of is cryptocurrency halal as a money supply. He argued that Bitcoin is permissible under Islamic principles.

Mufti Abu-Bakar considered arguments that crypto itself was speculative when it comes to personal finance, but his view was that all currencies have a speculative element and this did not automatically deem cryptocurrency as haram.

Islamically, if a business does not have an element of appropriate loss probability within its assets is not strictly trading in a Sharia compliant manner. The Grand Mufti of Egypt, Shaykh Shawki Allam believes that cryptocurrency is haram and he is joined by other Shariah scholars from the Middle East and beyond including Shaykh Haitham Al Haddad who see crypto as high risk. Their argument is based on the notion that crypto itself does not hold enough credibility as a currency to be deemed to be halal.

However, many other Sharia scholars believe that crypto itself does confirm to Sharia money rules and Muslims are permitted to invest in crypto.

Islamic scholars who believe that cryptocurrency money and digital assets are halal include Ziyaad Mahomed, Shariah Committee Chairman of HSBC Amanah Malaysia Bhd, and Mufti Faraz Adam. These views lend credence to the notion that Muslims can invest in crypto.

Another reason Islamic jurists and scholars from Muslim countries argue that cryptocurrency is halal is that the concept of the blockchain and other cryptocurrencies are inherently anti-interest when looked at from a money generation source or perspective.

Islamic banking laws are also anti-interest so the technology, pricing, and buying and selling of cryptocurrency money is deemed halal by many Islamic scholars who rely on the teachings of Prophet Muhammad PBUH when seeking guidance about permissibility (ultimately, only Allah knows best).

Historically, commerce operated through the use of gold coins and then as economies evolved, so did the currency being utilised. Gold as a precious metal was literally seen as the gold standard of currencies. Perhaps the evolution of cryptocurrency is just another stage in the evolution of currency and trading. Where previously money and currencies were backed by physical assets including gold, this changed over time to include currencies that led to secure transactions without physical assets and gold reserves (ie the US dollar).

The US dollar and other money currencies are considered to be fiat currencies - that is they are government issued currencies. These currencies are not backed by gold and as they became popular they were seen as being permissible by Shariah scholars. It is likely that other currencies, including other cryptocurrencies, will follow the same trajectory.

Blockchains refer to the blocks of technology used to record digital cryptocurrency transactions. Blockchains act as a system of record and the reason this form of technology is so important is that it is virtually impossible to hack, change or cheat the blockchain platform or marketplace.

With the use of blockchain, centralized financial institutions and establishments are not needed as no central control is required. This also means that crypto trading (and the stock market) is more transparent.

According to many Islamic scholars and religious leaders, this addresses the question of is crypto halal within Islamic Finance rules and Islamic law more generally.

As cryptocurrency money is deemed permissible and halal under Islamic Sharia rules this has unlocked the crypto investment market to a global Muslim community with increasing numbers of Muslims with an interest in buying crypto and use it as a form of currency.

In terms of business practices, there are some basic principles (discussed in this article) relating to crypto and cryptocurrency trading that help many Muslims to decide if their entrepreneurial journeys and endeavours are permissible or strictly prohibited.

CONSIDERATION AND COMMERCIAL VALUE - IS CRYPTO HALAL OR HARAM

From the perspective of Islamic contract rules, there must be an element of consideration when answering the question is crypto halal - there must be Mal. Mal refers to possession and effective storage, and cryptocurrencies meet the criteria required as they can be possessed and stored and have commercial value (Mutaqawwam).

Crypto is a real and viable digital asset, its worth and value lies in what is paid for it, and it is capable of being owned and traded commercially so the Shariah requirements are satisfied and the the question of is crypto halal can be answered.

The Shacklewell Lane Mosque in East London became one of the first mosques in the UK to accept cryptocurrency donations and Zakat contributions in 2018 during Ramadan. This mosque deemed cryptocurrency halal and permissible and generated a lot of interest on the topic of the permissibility of crypto more generally under Islamic law.

Islamic finance principles dictates that in order for income, or investing in any product or asset, to be deemed halal it has to meet certain criteria. The principles of Shariah law should be applied to the financial systems we operate in and there has been some discussion amongst Muslim scholars about whether rules devised centuries ago can still be applied to a technologically modern digital financial marketplace. Whether cryptocurrency is halal or haram centres on the rules of Sharia law.

The answer quite simply is yes, Shariah principles can be applied to modern crypto analysis and digital currencies as they are based on social justice, accountability and ethics which transcend all forms of financial transactions. As long as there is no illegal activity, then trading or investing in crypto should not be deemed to be contrary to Shariah principles.

There has been some discussion amongst Muslim scholars around the use of cryptocurrencies for illegal activities such as gambling, drugs, and money laundering. Critics of Bitcoin also argue that it is not legal tender as it is not backed by any central government that assigns its value and maintains regulatory standards, and it is therefore deemed to be speculated trading.

However, Islamically the use of an item that is deemed halal for an unlawful purpose does not make the original item halal. Whether it is halal or haram depends on the multiple factors.

Ownership of the currency remains with the owner according to Muslim scholars, and the coins/tokens are kept in an e-wallet. This means that investors can take part in trading as and when they want, retaining control of their assets.

As mentioned above, the publication of the working paper conducted by Mufti Muhammad Abu Bakr clearly identified that cryptocurrency is permissible under Shariah rules.

For Muslims worldwide this could have huge implications for the payment of Zakat monies that are made to the poor and to charities globally. If Muslims make up 25% of the world's population and hold approximately £1.04 billion in bitcoins, this means that £26 million is due in Zakat contributions. [1]

Cryptocurrency operates as a medium of exchange across the globe. This means that it can operate in legally diverse and unpredictable environments, often making it more accessible than mainstream finance options. It is a valid form of currency that holds purchasing power.

Although vulnerable to market changes, crypto coins such as Bitcoin and Ethereum are deemed to be a legitimate medium of exchange, available for use in transactions and trading. Although crypto has not yet reached the status of being a globally accepted medium of exchange, it is fair to say that it is on the way to becoming so. Commentators expect crypto to appreciate over the course of time and to store value.

The development of Shariah compliant cryptocurrency guidelines provides Muslims with the opportunity for ethical investments. From a financial perspective, Islamic charities could benefit hugely from Zakat and other donations as a result of crypto investment.

Many banks and financial establishments globally are recognising crypto as a financially viable medium of exchange, and this makes it easier for investors to continue to trade, buy and sell cryptocurrency.

With billions of Muslims worldwide, and the growth of crypto, it seems clear that what is perhaps needed is some form of shariah compliant cryptocurrency guidelines for Muslims to follow. This would enable Muslims to assess themselves the validity of cryptocurrency when assessed against Islamic finance rules.

In terms of whether contracts relating to crypto are Shariah compliant, given that the contractual relationships in crypto are based on smart contracts using blockchain technology, this means that the process can be made increasingly secure and automated.

This not only reduces administrative complexities, confusion and errors, but also ensures that banks are more likely to accept the contractual relationships created.

In demonstrating Shariah compliance, cryptocurrency is earning legitimacy across the Islamic finance world. Cryptocurrency agencies are springing up across the Muslim world such as One Gram in Dubai, and Hello Gold in Malaysia.

This adds further legitimacy to the rulings that cryptocurrency is halal and can be utilised by Muslims and Islamic financial institutions. Of course, there needs to be ongoing discussion to consider is crypto halal as it operated within a dynamic and changing industry.

As the crypto market continues to evolve more questions will need to be asked, and each crypto coin should be analysed against Islamic finance principles to check for permissibility. However, as things stand right now, crypto is recognised as an asset under Sharia law and this lends it legitimacy. The things to be careful of are making sure that any cryptocurrency you are involved in does not link to any haram things and industries or activities or any form of money laundering.

Whilst there is no central body who can make a final ruling on whether crypto is halal or haram, but as there is no element of interest (riba) and no exorbitant fees relating to crypto the interest from Muslims is growing. Crypto can be used within Islamic finance principles to make ethical investments and wealth management in a Shariah compliant way. This could unlock the cryptocurrency investment market to billions of Muslims worldwide who are looking to enter the crypto market as investors.

As the currency is still in its infancy it is important to keep an eye on all new developments and to assess and analyse changes in the market.